Welcome to the Student Union!

The Conrad Prebys Aztec Student Union, or Union for short, is your home away from home and the community center for the campus. It was made possible by former SDSU students who voted to build an all new LEED Double Platinum student union. The Union is entirely student-fee funded and receives no State funding. Browse our web site to learn more about the services and amenities available. 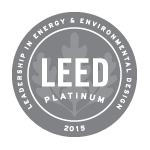 We are proud to announce that we have received our official LEED DOUBLE PLATINUM CERTIFICATION!

LEED®, and its related logo, is a trademark owned by the U.S. Green Building Council® and is used with permission.

0:08 Two LEED Platinum awards displayed on the wall near the North Grand Entry.

0:10 Aerial view of the Student Union going North to South

0:14 Walking in the arcade next to Chipotle going towards Starbucks

0:20 View of the Courtyard with students and guests sitting in chairs and has texts that say, “Goldberg Courtyard.”

0:26 View of the 1st Floor Arcade panning to the Courtyard

0:29 Puppy Therapy at the top of the Courtyard steps with a lot of students and guests playing with dogs.

0:32 Aerial view of SDSU’s suspension bridge with people walking on it

0:33 Aerial view of the suspension bridge panning to the Student Union

0:36 Aerial view of the Student Union going south to north

0:39 Time lapse on the third floor looking out towards the North Grand Entry and into the Courtyard with people walking.

0:40 Time lapse of the Student Union on Centennial Walkway perpendicular to the Union’s dome with people walking.

0:43 Direct top aerial view of the center of the Student Union zooming out.

0:50 Beach themed event in the Courtyard with students sitting on beach chairs with text that says, “Your Campus Living Room!”

0:52 Food truck with students waiting for their food

0:55 Student shooting hoops on an inflatable basketball hoop in the Courtyard

1:00 Aztec Student Union cups being filled with pink lemonade from a beverage container.

1:15 Camera pan of bowling balls with text that says, “Play at the Union.”

1:25 Mac Desktops in the Editing Bay

1:27 View of the Courtyard at the top of the steps with a band of students playing and a text that says, “Free Events!”

1:35 ASUB tabling at an event in the Courtyard

1:44 Murals outside of the Theatre on the 2nd Floor

1:49 Mural inside of Montezuma Hall

1:54 Ice skating event in Montezuma Hall with students walking and taking off their skates

1:57 View of the Courtyard at an Aztec Nights event with text that says, “Host to over 8000 meetings and events.”

2:00 Students in the Courtyard at an Aztec Nights event

2:02 Aztec Nights gobo in the courtyard

2:03 DJ at an Aztec Nights event in the courtyard

2:06 Students sitting at the staircase underneath the North Grand Entry

Study in the Union